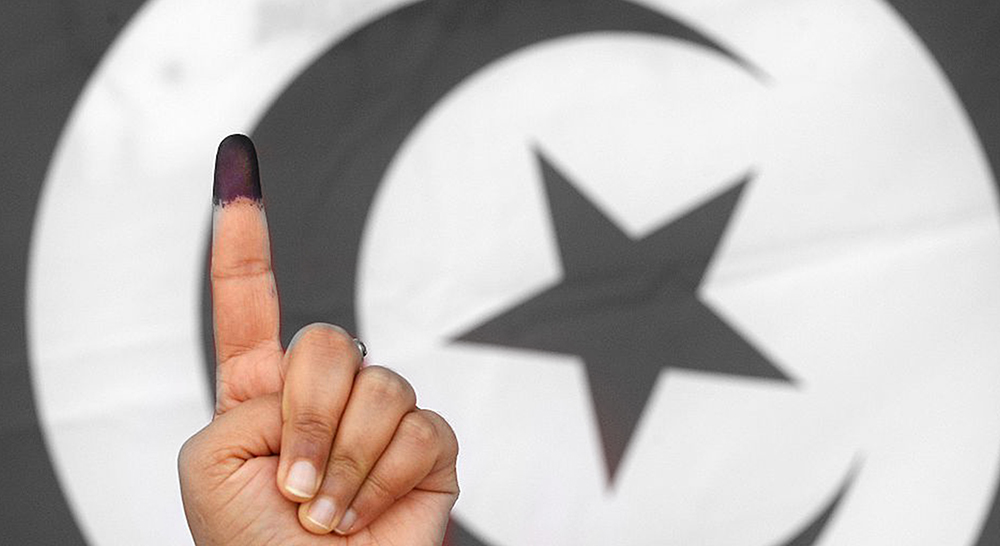 UGTT: From Supporting the President to the "Third Way"

UGTT: From Supporting the President to the "Third Way" - Slaheddine Jourchi

It is now a certainty that President Saied currently faces unprecedented internal and external isolation. Almost all parties, including those that stood by him when he suspended Parliament and dismissed the government, demanded that he set a time limit for exceptional measures and put an end to Decree No. 117. The degree gave the head of state all power and authority, setting the scene for individual rule and allowed numerous violations of freedoms and human rights.

The grab of all power by the head of state gave him exceptional authority as much as it made him responsible for all the country's ills in the transitional stage. The past five months, in particular, proved that President Saied does not have an economic and social program to address and correct the situation. The accumulation of crises led most parties to reconsider their positions on the president. They began moving away from him gradually and criticized his method of managing state affairs. Even those who supported his exceptional measures turned against him, accusing him of tyranny, such as the Democratic Current Party. Indeed, the Secretary General of the People's Movement, which has continued to defend him to this day, stated that the movement "will protect the course of July 25th, even from the President of the Republic if necessary."

In this context, and on the occasion of the sixty-ninth anniversary of the asassassination of union leader Farhat Hached, founder of the Tunisian General Labor Union (UGTT), the Secretary-General of the Union, Noureddine Taboubi, announced that “all indications warn of an imminent danger as a result of accumulated failed policies.” He warned against exploiting the exceptional stage to serve personal interests and mobilizing the country in losing battles. These were among other messages sent by the UGTT to President Said in front of more than eight thousand unionists. They had gathered in the heart of the Tunisian capital to express their concern about the deteriorating social and economic conditions and the blocked political horizon. They also demanded the President of the Republic to define a road map to get the country out of the state of uncertainty that has increased intensity since the special measures taken last July 25th.

The UGTT was among the main parties that supported President Said. It considered July 25th to be a "corrective movement" and refused to describe what happened as a coup. It confronted what it considered external interference in national affairs. It denounced calls to seek US or EU assistance and saw them as a return to direct colonialism. UGTT also declared its complete readiness to place himself at the disposal of the head of state to save the state and the revolution by organizing an in-depth dialogue. It formed committees to formulate proposals that could help the dialogue's success. These momentous positions announced by UGTT made it subject to wide criticism at home and abroad. However, the head of state ignored them and continued to marginalize the unions, instead of utilizing the calls to isolate his political opponents, led by Ennahda movement, and alleviate external pressures. He went forward with his political program, based on "grassroots democracy," which marginalizes parties and CSOs and established a direct relationship between the president and the people.

More than four months into the July 25th decisions and the absence of a road map, the union leadership realized that Said is not ready to dialogue or involve it in any of his decisions. He was determined to marginalize the UGTT, especially after he allowed his supporters to attack it through social networking sites, describing it as a "union of ruin." The situation led UGTT to change its position on the President, holding him responsible for pushing the country towards the void.

The transformation took place in light of the decline in various economic and social indicators as a result of several factors. The main factor was the suspension of negotiations with the IMF, which called on Tunisia to implement reforms it considers essential and a necessary prelude to enable new loans. These negotiations with the IMF, which returned unofficially and at the request of the government, are considered a necessary condition for the rest of the international and regional financial institutions to resume their cooperation with Tunisia. This has further deepened the financial and economic crisis. The government, in particular, which is formally led by Mrs. Naglaa Boden, lacks the necessary experience to deal with such situations. It does not have a clearly defined program or a margin for maneuver and initiative, except by referring to the head of state, who, in turn, lacks a comprehensive economic vision. The government improvised a supplementary budget for the current year (2021), which suffers from a severe shortage of more than 9 billion dinars. The budget has not been discussed or approved by all concerned parties, due to a frozen parliament and the government did not put forward a vision for next year's (2022) budget.

On the political level, the number of parties opposed to the President expanded, increasing pressure to resume the democratic process and reject expanding individual rule. However, the different parties have yet to agree on a joint action plan to correct the situation in a country that has not yet found the best way to save its threatened revolution. These differences between parties represent the main obstacle to building a united front to defend democracy and mainly benefits the President. It prompted him to continue his track, unburdened with the parties' positions and their endless struggles.

Faced with this complex situation, UGTT decided to enter the political battle with a different plan. It consists of organizing consultations with national organizations and personalities in order to call for a national meeting to establish a so-called "third way," entitled "salvation within the framework of national sovereignty." The UGTT leadership has refused to take sides with the radical opposition, which includes Islamists and their allies, along with independent left and liberal figures, who are now mobilizing under the umbrella "Citizens Against the Coup." The radical opposition seeks the return of Parliament and the annulment of exceptional decisions by mobilizing the street and employing international pressure to push the president toward a retreat or to topple him if necessary. On the other hand, UGTT has stopped siding with the President and standing by his supporters, who still represent a problem at the current stage and are extremely hostile to unionists.

UGTT thus decided to stand in the middle of the. It wants to combine its defense of the working class with playing a political role away from Ennahda or the "guardianship" of foreign sides that no longer trust Said to lead Tunisia in these difficult circumstances. Will UGTT succeed in saving Tunisia from a possible collapse through a centrist stand? The coming days and weeks will determine the answer.