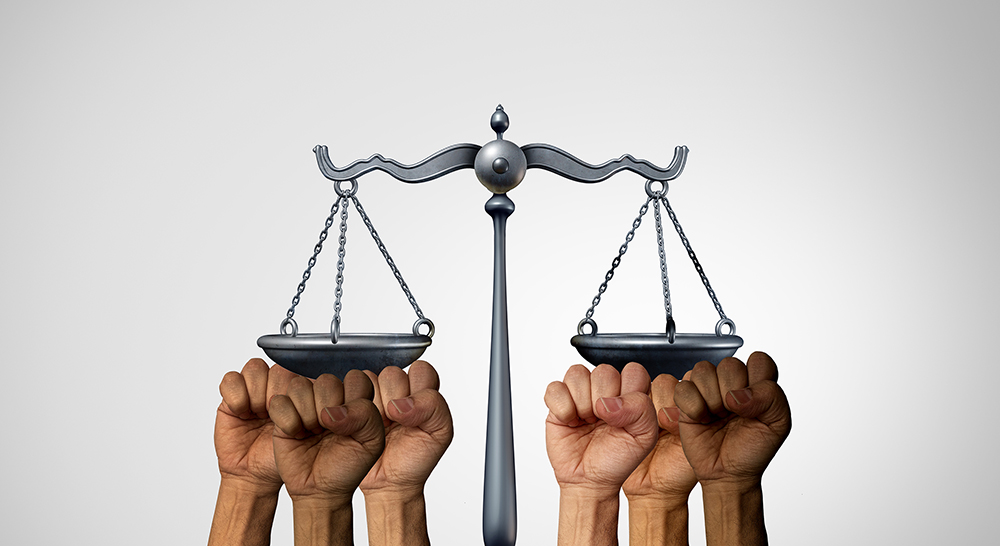 Towards a New Social Justice Narrative in Imagination and Reality

How do we construct a new narrative or a new narrative framework for the economic and social discourse in our societies? How do we find new terms, meanings, and beliefs to permeate the public imagination and create readiness in society to accept a culture of justice and well-being for all? This culture is based on the simple belief that social justice is not a fairy tale or an impossible arithmetic equation, as portrayed today in mainstream discourse. Rather, it is the foundation from which we should start and the realistic goal prevented by only a handful of powerful people who wield power and wealth.

Social justice is not merely a basket of legal articles and public policies that correct the structural imbalances in the economy and the resulting social inequalities. Social justice is achieved through the establishment of an integrated economic and human rights system that expresses a social contract and a philosophy based on justice and the public interest, in a way that ensures that a few politically and economically powerful people do not monopolize income and wealth.

The prevailing economic model in the Middle East and North Africa (MENA) region is based on achieving growth by stimulating the private sector and reducing the public sector's size at the expense of basic social services such as health and education. It relies on debt policies, austerity, and indirect taxes, impacting the most vulnerable groups in society and widening the economic and social gap between the rich and the poor. MENA is one of the world's wealthiest regions, with 37 billionaires owning as much wealth as the poorest half of the adult population. However, it is the only region in the world where extreme poverty has increased over the past decade.

The above paradigm is reinforced by prevailing narratives, which in themselves constitute a tool of power. It promotes an intellectual framework that serves the interests of the elites who control political and economic decisions. It also creates a general atmosphere of support and acceptance for public policies that serve those interests in a manner that reduces tendencies to object to such policies. The dominant narrative is a type of framework that embodies the stories, myths, ideas, and beliefs inhabiting the public imagination. It encompasses the rules that govern public debate, determining the types of acceptable or unacceptable discourse or those who have sufficient legitimacy to say what is or what is not acceptable. The prevailing intellectual framework today is a neoliberal framework that includes ideas, principles, and beliefs that frame public debate and are portrayed as an absolute and irreplaceable truth. Thus, any project, idea, or argument outside this framework is inevitably dropped as unacceptable or impossible.

The dominant narrative is based on uncomplicated messages that are easily conveyed by the media. However, they stem not only from the media but also from educational and research institutions and closed social circles, that is, from the various sources that make up public culture. A distinction can be made between two categories of messages: that of economic arguments, on the one hand, and that of beliefs and cultural characteristics, which promote a general atmosphere favorable to these economic arguments, on the other.

Among the most prominent arguments in the first category is the absence of any alternative to austerity due to the high debt-to-GDP ratio and the public deficit being caused by inflation and corruption in the public sector (which takes away the real financial burden of debt servicing). It considers the state, by nature, as corrupt and bad in managing business and growth should be achieved through the private sector, which improves social conditions by creating job opportunities. Taxes on income and wealth would alienate investors, so it is advisable to tax consumption. Poverty is an inescapable problem and the solution is in cash transfer programs and other immediate poverty alleviation measures.

The second category is a network of ideas, myths, and beliefs that form the cultural base rooted in the public minds and imagination and that facilitate the passing of the ideas and arguments presented above. For example, it includes building a narrative and poetic image around the concept of success; praising individual initiative and focusing on competence and merit as a way to achieve success regardless of structural inequalities and the role of cultural capital in providing opportunities; weakening confidence in the state and its institutions; weakening of class consciousness; blaming disadvantaged segments of society, such as refugees and the unemployed, for the deterioration of their living conditions; portraying the economic and social situation, including poverty and inequality, as a historical or political inevitability, or simply as inevitable; focusing on political and geostrategic issues as basic factors in the economic reality and a key entry point for economic and financial solutions in a way that distracts from the political monopoly by the ruling elites at home; and reinforcing feelings of fear and loss of hope for change.

Thus, this narrative has ruled out securing essential rights and services on an equal basis for all through state institutions, which are primarily responsible for securing them, especially with regard to education, health, and social protection. It also ruled out the possibility of imposing progressive and fair taxes or imposing a tax on wealth to correct the effects of the structural economic imbalance of wealth distribution. Moreover, it has excluded from the public imagination the mere possibility of conceiving a different economic model capable of achieving social justice.

However, this economic reality is not inevitable, nor is this narrative. CSOs, activists, influencers, alternative media, and the media are seeking to fill an important gap in the public discourse. The gap had been the result of decades of political exclusivity, limited freedoms, and narrow field of participation and influence in political life, in addition to the confinement of media ownership and its sources of funding in the hands of elites. How to change the narrative is constantly being researched—that is, working to change the ideas, myths, and beliefs prevalent in everyday thinking that frame social and economic debate and predetermine acceptable policy options as possible and legitimate. It is a long-term work that leads to building a new culture that establishes a new social contract.

How, then, do we build new narratives in our societies?

This work must stem from the dismantling of the dominant narrative. It requires understanding the role that prevailing narratives play in promoting political exclusivity, analyzing the discourse tools that are used to convey this narrative, exposing the arguments on which it is based, working to create an environment conducive to economic and social transformation, and strengthening the corresponding societal forces in order to reverse the balance of power. The alternative narrative could be created by building a new discourse that includes new vocabulary, messages, and stories that simulate the public imagination, break the barrier of fear, create a new field of possibilities and aspirations towards a just society. This work requires commitment and coordination by the various concerned activists, movements, and organizations, aiming to harmonize this new discourse and work to deliver it in a meaningful manner. The challenge here is to make a successful transcendence between the innovative, imaginative, and technical part of the alternative narrative content, that is, how to tell a new story in an easy and attractive language and also carry new content and messages based on a deep intellectual and technical effort.

These are some of the basic ideas reached by the research conducted at Oxfam, in which we relied on the experience and opinions of a number of researchers, journalists, and CSOs from various MENA countries, including ANND, and put them forward to expand discussion and participatory work on this topic.