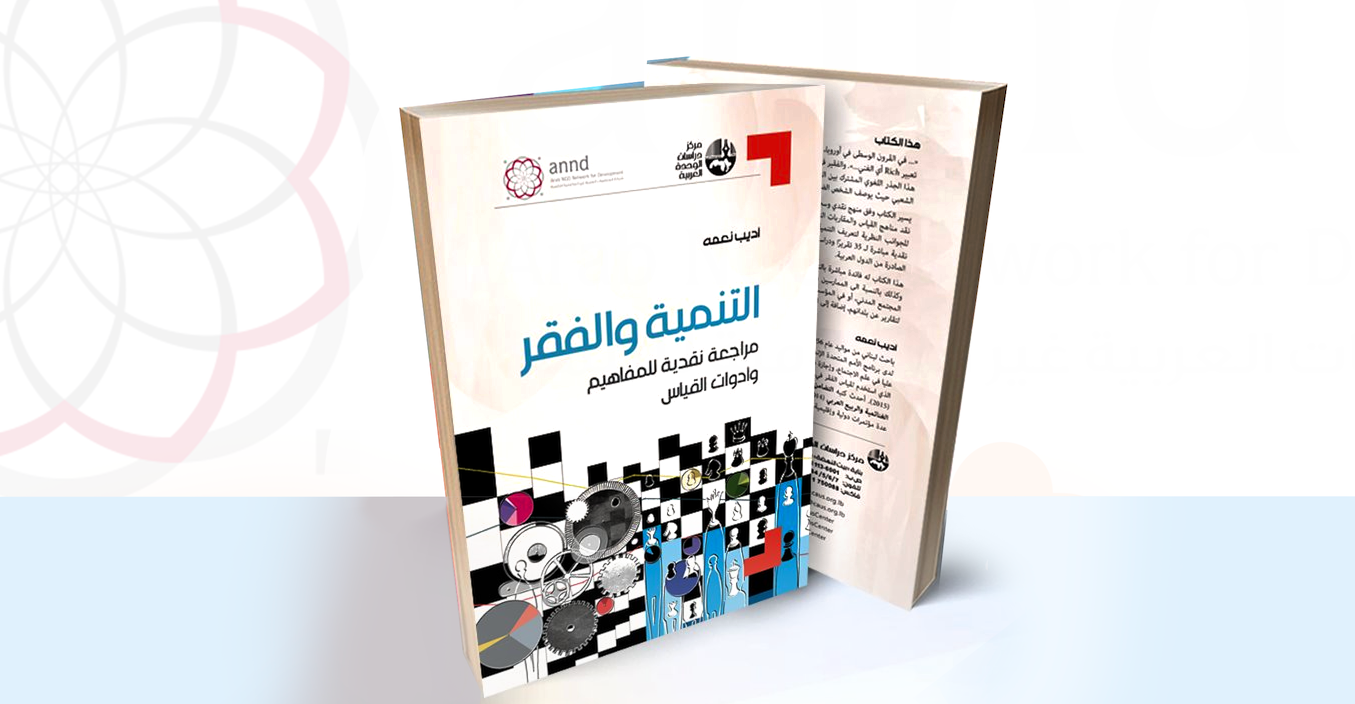 Development and Poverty: A Critical Review of Concepts and Measuring Tools

In February 2021, the Centre for Arab Unity Studies (CAUS) and the Arab NGO Network for Development (ANND) published a book titled Development and Poverty: A Critical Review of the Concepts and Measuring Tools, authored by Adib Nehme, ANND consultant and member of its executive office.


On the back cover, the author elaborated on the book’s idea and multiple uses as follows:
“From a human rights perspective, poverty is not a social problem; it is a human rights violation. It is neither a condition nor a characteristic. It is a premeditated act that generates poverty (impoverishment) taken by an actual entity, institution, or socioeconomic system.”


I found this sentence (idea) written amid notes that I took while participating in an international conference on “the multiple dimensions of poverty,” held in Brazil in 2005. I found it while working on this book, which is dedicated primarily to presenting a detailed critical review of several national, regional, and international reports and studies on measuring poverty, particularly, multidimensional poverty. The process of producing a consistent and practical approach to studying and measuring poverty from a human rights’ perspective is still in its infancy and is beyond the scope of this book. However, the book does encompass a rights approach, including a presentation and critique of a number of specific experiments (as in the Palestinian example).


The idea of the book stems from my years of working with UN organizations in the field of development, poverty, and social policies. It was a place of many discussions and debates and where I had direct practical experiences as well as organic contributions in producing studies on poverty in Arab countries. Some of these experiences were among the early regional and international experiments in adopting a multidimensional poverty measurement that goes beyond monetary poverty measure (the first report was issued in Lebanon in 1998). This has turned into a widely accepted trend today, especially with the United Nations Development Program (2010) and the World Bank (2018).


The book follows a critical and polemical approach. It reviews many studies, starting with a critique of the results then of measurement methods and theoretical approaches. The first section of the book has two chapters dedicated to the theoretical dimension, which is present in all chapters. This approach directly benefits students and others working within this field. It also aids policy makers and their consultants who can find direct examples from reports on their countries as well as others. These examples can at times offer different paths or alternative ideas. The book reviews 35 reports and studies on poverty, issued from the 1990s up to 2019, including the most recent studies done by international institutions and Arab states.


The first chapter of the book displays the progression of the concept of human development up to the current global development SDG Agenda 2030, which made the eradication of poverty its primary goal. The second chapter is dedicated to the theoretical aspects of poverty, its definition, and measurement. This is done to liberate poverty from the dominance of the economic, monetary, quantitative, and baseline approach, while incorporating philosophy, ethics, sociology, and qualitative and participatory methods. These comprise the comprehensive framework under which poverty studies should be included. This chapter lays the theoretical foundation for the detailed practical critique that ensues in the other chapters of the book, which directly revise specific reports on studies. The critique tackles their methodology, evidence, measurement, indicators, and results.


ANND finds this contribution and sharing of knowledge to be at the heart of its approach and endeavor to adopt a new developmental paradigm concerning the various types of poverty and inequality that is closer to the human rights’ perspective. ANND plans to organize meetings with the author to discuss the content of the book, in order to aid its members, researchers, and activists in various countries to use its ideas and methodology in developing national policies or lobbying for them.


Table of the reports covered in the review

Population and Location
32- Poverty and Human and Social development in Morocco 2004 (2005)
33- Algeria – Map of Poverty Among Local Communities, 2001
34- Algeria - Revision of the Poverty Map at the Local Communities’ Level, 2006