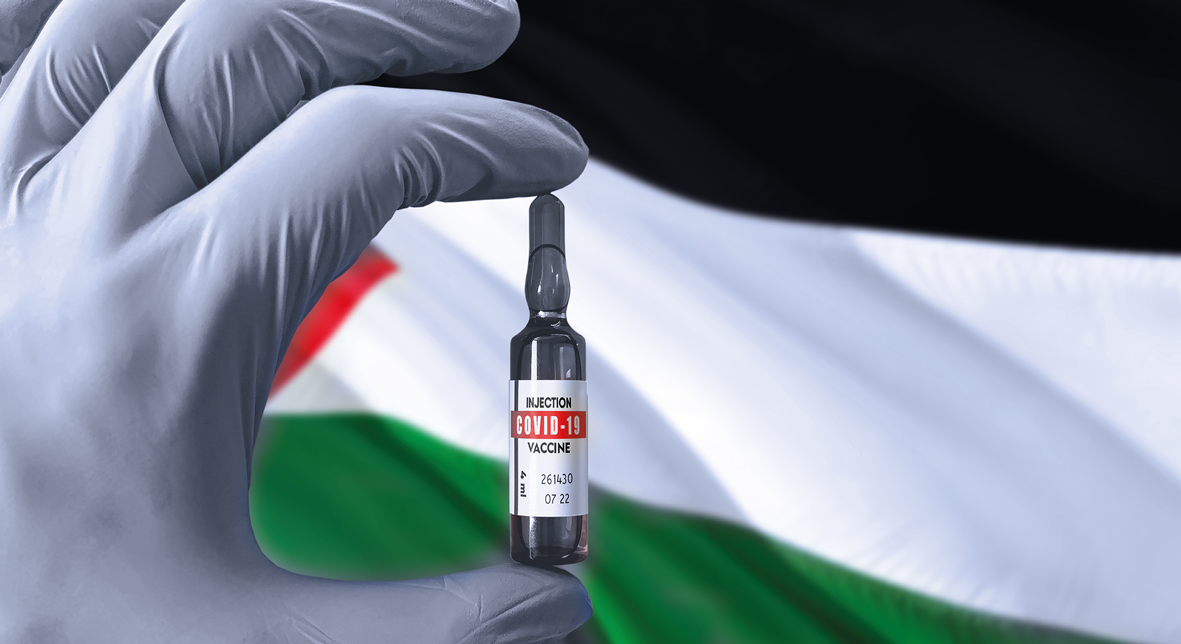 Israel has lately prided itself in being a leader in COVID-19 vaccination, after striking an early deal to purchase shots and administering over a million of them to its nationals. What the Israeli narrative keeps out, however, is that Palestinians living under Israeli occupation were excluded from this vaccination campaign, in another manifestation of Israeli apartheid and its disregard for Palestinian lives.

The coronavirus pandemic has had devastating effects on the Palestinian population living under Israeli occupation, with case numbers increasingly rapidly in the West Bank and Gaza. Close to 8,000 Palestinian health workers have contracted the virus, affecting the abilities and capacity of already vulnerable and undersupplied medical establishments in the midst of the global crisis. The WHO sets the total number of coronavirus cases in the occupied Palestinian territories at 160,000 with more than 1,700 deaths from the virus. These numbers are likely to increase as the Gaza Strip is one of the most densely populated places in the world and lacks access to essential medical supplies and equipment, electricity and water due to the ongoing Israeli blockade.

The COVID-19 vaccines ordered by the Palestinian Authority are not planned to be delivered to the West Bank and Gaza any time soon. Meanwhile, Israel has claimed leadership in vaccination, with the highest vaccination rate per capita of any country, which makes it clear that this is not a problem of a lack of resources. Israel has made a decision to discriminate against and exclude Palestinians, which is a major violation of international law and Israel’s own commitments. As occupying power, Israel is required by the Fourth Geneva Convention to maintain health services in the occupied territories.

Not only has Israel ignored the needs of the Palestinian population, it has also gone an extra mile to ensure they are not protected. While even Israeli settlers in illegal settlements in the occupied west bank had access to the vaccine, Palestinian inmates in Israeli prisons were denied it. The Israeli Prison Service was instructed by the Public Security Minister not to vaccinate Palestinian political prisoners, defying the Ministry of Health’s decision, leaving Palestinians in crowded prisons with no protection against the virus.

The decision to deprive millions of Palestinians from vaccination is a political one, where Israel is voluntary inflicting damage on the indigenous populations it occupies given the rising numbers of deaths from COVID-19.

We call on the international community to hold the government of Israel responsible for this crime as an occupying power, and exert all forms of pressure on Israel to change its COVID-19 vaccination policy and succumb to its legal and moral responsibility of extending vaccination to the Palestinian populations. Without international pressure and boycott, Israel’s right-wing government seems determined to deepen its apartheid system and erase the potential of Palestinian statehood. We as civil society organizations stand in solidarity with the Palestinian people facing this occupation and apartheid, and call on governments and all international actors to do the same.