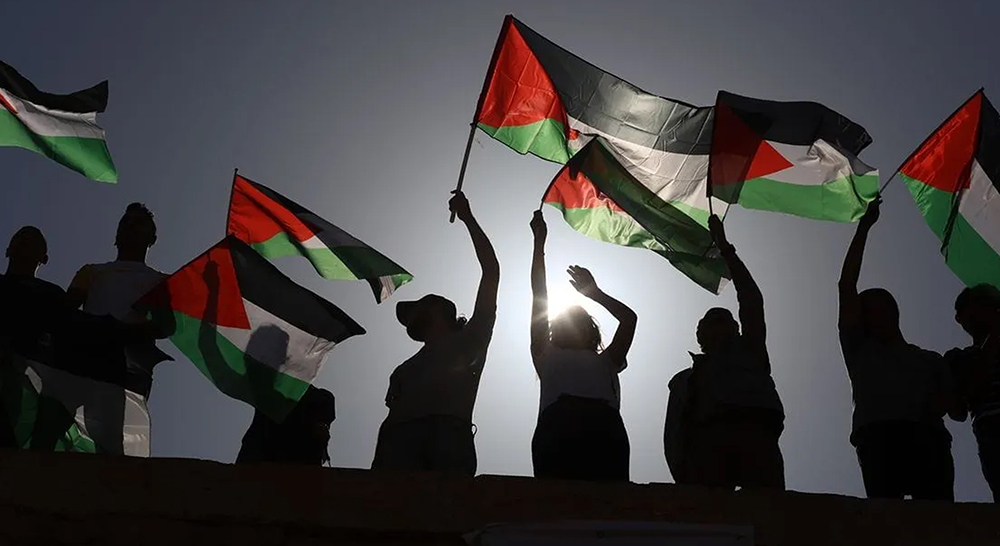 Year after year, both sides of the Green Line in Palestine have seen the entrenchment of an Apartheid system, depriving the indigenous population of their basic rights and freedoms in practice and in legislation. It has now become more severe, discriminatory, and racist than that experienced by South Africa in the middle of the twentieth century.

Israel, the occupying power, has committed what amount to war crimes and crimes against humanity throughout the Palestinian territory. Although these crimes continue to be committed, especially during the last aggression against Gaza Strip in May 2021, justice is far from being achieved and the sacrifice continues. The occupation continues to commit crimes against civilians and their rights, without a minimum of redress for the victims or respect of the rule of law, especially the accountability of criminals and ensuring they do not remain free.

These practices are not limited to one geographical area in the occupied Palestinian territory. From January to June 2021, in the West Bank, the Israeli occupation forces killed 79 citizens and wounded 14,508. In the same period, it killed 265 and wounded 2,363 in Gaza . Furthermore, around 113,000 IDPs sought shelter and protection in UNRWA schools or with families in Gaza, and about 8,250 persons had their homes destroyed are still displaced.

The occupying state continues to implement an organized and conscious process to transform Palestinians from a people into different groups. It continues to tighten its comprehensive siege on the Gaza Strip for the fourteenth year in a row. Through its measures and policies, it has seriously restricted the freedom of movement of people and goods. It completely isolated the Strip from the rest of the Palestinian land, and limited the entry of basic supplies to the Strip, causing a deterioration in the humanitarian situation. About 80% of families in Gaza became dependent on humanitarian aid. This is beyond collective punishment. It is a form of de-development that besieges the present and future of an entire people.

On the other hand, Israelis, especially Jews, enjoy freedom of movement in various regions and travel and return whenever they want. Jews around the world can obtain Israeli citizenship even if they have not seen Palestine before. Palestinians, on the contrary, cannot even visit areas controlled by Israel where their forefathers were born. Palestinian patients often cannot obtain a permit to travel for treatment.

The occupation state isolated Jerusalem from the rest of Palestine. In a frantic race against time, it intensified Jewish settlement in the heart of the holy city amid a process of cleansing it from its original Palestinian residents. It tightened the noose using a huge arsenal of racist laws and practices, such as imposing exorbitant taxes on business and property, refusing to issue building permits, and altering the Arab, Islamic, and Christian character of the city. What the Sheikh Jarrah neighborhood and its residents are subjected to in East Jerusalem is a present example of the frantic quest to seize Palestinian homes and property. Jewish citizens are offered great facilities that help seize indigenous homes. They are exempt from taxes and are provided with assistance if they live in areas adjacent to Palestinians, which encourages them to intrude more on the rights of Palestinians, under the watch and protection of the occupation soldiers.

The intensification of settlements in the West Bank has continued. The area has been split into pieces through hundreds of military checkpoints. Israel has continued to control natural resources, especially water sources, and to exploit them for the benefit of the occupying country's population. The West Bank and East Jerusalem include 145 large settlements and 140. The number of settlers is about 660,000, of whom 230,000 live in East Jerusalem alone, and the rest are in the West Bank, enjoying a coherent geographical space and full rights. The Palestinians face continuous acts of aggression against them and their property, and in most cases the perpetrators are not investigated or brought to justice.

The occupying state's actions constitute a continuation of a clear policy aimed at fragmenting Palestinian land, transforming it into gatherings that cannot interact and are easily besieged and controlled. It spared no effort to exploit the humanitarian needs of the Palestinian population to achieve political gains, such as preventing and obstructing the supply of COVID-19 tests and vaccines, despite its obligations under international law to provide it for free and expeditiously to the protected civilian population under its control.

In light of this extremely deteriorating situation, especially the continued war crimes and systematic violations of human rights and international law, Palestinian civil society, especially human rights institutions, continued their critical role in monitoring and documenting those crimes and violations. The main theme of their work had been demands for justice, accountability, and ensuring the prosecution of war criminals. In particular, their pushed the International Criminal Court (ICC) to open an investigation into violations of international law in the Palestinian territories. Consequently, the they became vulnerable to organized campaigns by Israel and its official and unofficial arms, aimed at delegitimizing them, linking them to terrorism and anti-Semitism, and painting them as political institutions. The occupation worked to dry up sources of funding and intimidate their partners and friends. It linked criticism of the occupation with anti-Semitism, and called the demand for accountability an anti-Semitic act.

Recently, Israel classified six leading Palestinian institutions as terrorist organizations. It meant the prohibition of their work, confiscating their funds and property, and arresting and prosecuting their employees and all those who deal with them, whether partners or beneficiaries victim of violations. This designation is a first step for the eradication of Palestinian civil society. "Israel's decision to designate six Palestinian civil society organizations as 'terrorist organizations' is an attack on human rights defenders, on freedoms of association, opinion and expression and on the right to public participation, and should be immediately revoked," UN High Commissioner for Human Rights Michelle Bachelet said in a statement. She emphasized that the designation under Israel's 2016 Anti-Terror Law "are based on extremely vague or unsubstantiated reasons."

Amnesty International and Human Rights Watch issued a joint statement asserting that the decision is an attack on the international human rights movement. "For decades, Israeli authorities have systematically sought to muzzle human rights monitoring and punish those who criticize its repressive rule over Palestinians. While staff members of our organizations have faced deportation and travel bans, Palestinian human rights defenders have always borne the brunt of the repression," the statement said. "The decades-long failure of the international community to challenge grave Israeli human rights abuses and impose meaningful consequences for them has emboldened Israeli authorities to act in this brazen manner... How the international community responds will be a true test of its resolve to protect human rights defenders," it continued.

The keyword in the Palestinian territories is accountability. In its absence, the process of violating the rights of the Palestinians will continue, leaving the victims without a minimum level of justice and fairness. It is what explains the recurrence of the crimes and the establishment of a system of apartheid and national and ethnic superiority. The permanent occupying state feels that it is immune and that it is above the law. Whoever is safe from punishment will tend to offend and put regional and international peace and security at great risk.