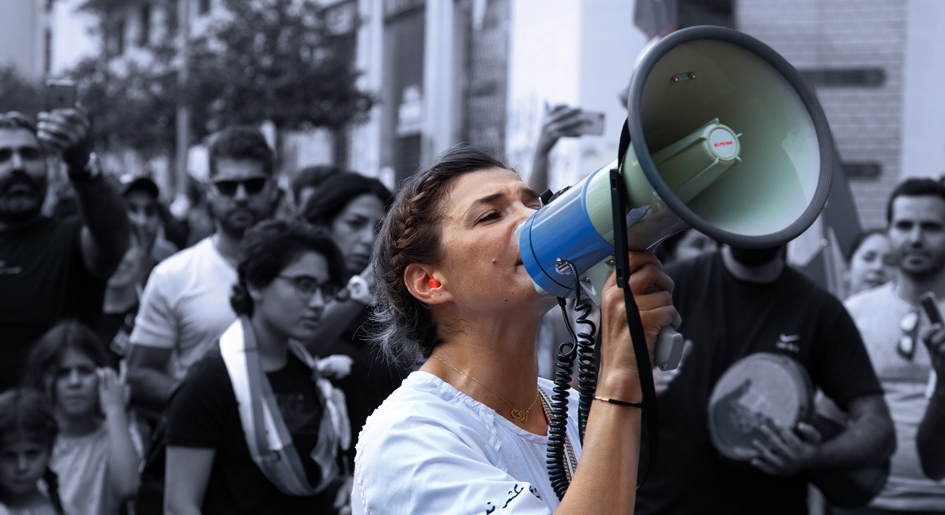 UPR of Lebanon: One step further two steps back?

The opening statement of the delegation reiterated Lebanon’s commitment to human rights protection and promotion and the importance given to international cooperation. Being present in front of their peers, with a comprehensive delegation can be considered as a clear indication of the importance given to this human right monitoring mechanism. Nevertheless, if this presence is compounded with effective measures on the ground is the real question we ask.

With no surprise, as in previous reviews, challenges faced by Lebanon were at the opening speech, reminding to the recommending states that Lebanon is at a critical juncture with multiple crises; namely economic, financial and following the Beirut Port explosion a humanitarian crisis; which are all exacerbated by the COVID-19 pandemic. Hosting Palestinian and Syrian refugees were not forgotten, adding to these challenges. This scene is common at each review process: the country under review presents national context, stressing the challenges faced, lists any progress concerning the recommendations implemented – which are in response appreciated by their peers. For Lebanon, the establishment of the National Human Rights Institution, hosting Syrian refugees, legislative changes made with regard to the women’s rights were welcomed.

A total of 294 recommendations are now pending for Lebanon’s examination and decision in due time, but no later than the forty-seventh session of the Human Rights Council. This number is more than the second cycle review. However rather than the quantity; the quality of the recommendations remains the key concern of the civil society. Can the recommendations and issues tackled during the review process help advance human rights?

Around 40 of these recommendations call Lebanon to concrete action on international treaties; namely for the ratification of optional protocols and conventions that Lebanon is not yet a state party too. This is important but a lot more remains as the priority of civil society. One of them is how the economic and social rights are addressed.

The UPR process is known to remain imbalanced1 for the economic and social rights compared to the civil and political rights; given that addressing economic and social rights violations require structural and systemic changes; thus, a comprehensive, holistic approach to human rights, adopting a new sustainable development paradigm that all development actors should commit to. This being so, this third cycle UPR, which as the official delegation acknowledged remains at a critical juncture, could have been a genuine opportunity to tackle these structural challenges and focus on ways to address them. It is obvious that the COVID-19 in Lebanon simply shed light on these issues, including the rights to health, education, livelihood among other economic and social rights and the 3 hours interactive discussion could have elaborated on these issues.

However only 5 recommendations in total, explicitly referred to the COVID-19 pandemic concerning the rights to health and social protection in Lebanon. Other economic and social rights were also covered but only limited in scope. For instance, the right to work was tackled through the child labor issue and migrant workers’ rights- as in the second cycle. There was no concrete- action recommendations on those who remained unemployed due to the COVID-19. Yet, as ANND UPR fact-sheets2 show unemployment estimates is over 50%3, and while no official statistics have been published, the acting head of the General Confederation of Lebanese Workers (CGTL) announced in February 2020 that 10,000 workers have lost their jobs, while 60,000 employees suffered a 50-percent cut in their salaries.4  On the other hand a study based on a sample of 300 businesses from a variety of sectors and regions in Lebanon estimated that 220,000 jobs were lost since mid-October.5 Unfortunately the only recommendation for Lebanon that has ‘unemployment’ in its wording is from Malaysia and calling Lebanon to tackle unemployment, especially among young people and women. The structural issues of jobless economic growth, lack of productive sectors at the national level for sustainable job generation were not addressed, as usual.  Such examples can be repeated for all economic and social rights issues.

Ensuring accountability for these recommendations is challenging; given they are not SMART. This being so, the civil society in Lebanon should proactively continue to mobilize and act. Indeed, Lebanon’s civil society has implemented several best practices before the third cycle review: working in coalitions, developing mid-term report6 and numerous joint submissions, taking active part in pre-sessions for briefing missions in Geneva and at the national level organizing multi-stakeholder dialogues…etc.  At this stage, they should continue working in coordination, initially to ask Lebanon to clarify its position for the 294 recommendations with clear explanations and then once adopted to start breaking down the recommendations into clear actions and road maps for the implementation. Their experience and expertise on the ground are precious and can help the state to identify concrete amendments to be made to the legislative framework, budget to be allocated and to develop comprehensive rights-based remedial actions. On the other hand, engagement at the UPR, if an ad hoc exercise, will not achieve a lot, like in other human rights mechanisms. This means that the groups engaged should consider spreading the outcomes of their UPR reports and echo remedial actions they identified in other processes; like monitoring the implementation of Agenda 2030, treaty body sessions, EU progress reports and other consultations run by international actors.