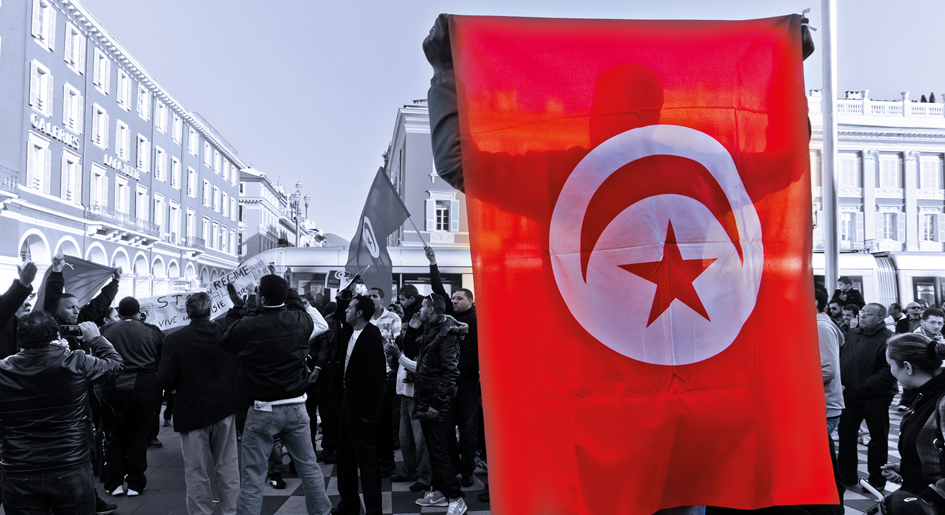 Tunisia is enduring the repercussions of three painful and highly complex crises. The ongoing political crisis continues to prevent government stability. No longer a purely Tunisian demand, stability is required by all parties dealing with the country and the IMF in particular. The current government, only four months old, finds itself in an unprecedented dilemma. President Qais Saeed refused to accept the broad ministerial reshuffle by [Prime Minister] Hisham El-Mechichi, despite their approval by Parliament by a comfortable majority. Saeed's justification is that one of the ministers is suspected of corruption by the courts and three others are thought to have a conflict of interest. The argument has been rejected by the Prime Minister, considering them innocent until proven guilty.

The second crisis is economic. The reforms many are calling for can no longer be postponed. For the first time since it began cooperating with Tunisia, the IMF decided to reprimand it by holding back the third installment of a loan signed in 2015. The reason is the failure of successive governments to commit to the conditions of the contract, especially alleviating the pressure on wages and initiating the reform of public institutions with accumulated deficits. Nevertheless, the various governments were afraid these steps would anger the unions and felt that the reform process was very costly at the political and social levels. However, it was not the IMF that came to Tunisia, enticing the country to increase its debts. Rather, the government had resorted to the fund to help fill the gap in its new budget for 2021. The IMF dealt with the situation frankly and clearly, proposing a list of urgent reforms as a precondition for further loans.

The third crisis falls heavy in the balance. The fourth wave of the Covid-19 pandemic has cost many lives. The first wave was successfully controlled by the Fakhfakh government, with only about 350 fatalities. Today, however, the total has reached 7,000. Hospitals are filled to almost 80 percent capacity. The White Army has been exhausted. The country's autonomous capabilities and health infrastructure have exposed their structural flaws in a crisis situation. Vaccination has been late to arrive. Protests by doctors and health workers multiplied. They went on several strikes, sometimes due to the lack of equipment and at other times when subjected to violence by angry citizens. Medical workers also complain about the deterioration of their financial and social conditions. The health sector is in ruins after many years of neglect.

In this dreary atmosphere, the government continues to search for solutions to save the country and the state from possible collapse. At the political level, the voices of constitutional law experts are being raised in search of jurisprudence that would lift the political system from its current predicament. The president insists on his right to reject the ministers he believes are violating the constitution. He believes their presence in the government would harm the people and the state of law. The government and the parliamentary majority believe that public interest dictates that he enables ministers to carry out their duties and that the judiciary alone can decide this issue. But behind this legal struggle lies the dilemma of the struggle over power and defining the roles of the three chiefs. In the absence of a constitutional court, which was suspended by the parties, the state lost structure that could settle disputes threatening the stability of the state and jeopardizing the transitional path.

There are two scenarios for the political system's future. The perception defended by the President of the Republic is based on the belief that the state has one head, the president who was chosen by the people to govern and not be a mere "postman," as he put it. On the other hand, Speaker of Parliament Rashid Al-Ghannouchi recently affirmed that "the political crisis in the country is due to mixing the presidential and parliamentary systems, and that the president's role in the current system is supposed to be symbolic." Thus, the head of the Ennahda movement further deepened the conflict when he transformed the presidency into a figurehead without authority. This means that the governance crisis is likely to be more severe and splintered.

On the economic side, the Minister of Finance recently announced that Tunisia is preparing to launch an urgent reform package for its "ailing economy," that it plans to "reduce the wages of the civil service," and is working on "reducing subsidies" and "restructuring poorly-performing state-owned companies." This means that the government decided to comply with IMF conditions and is preparing to present an integrated offer in this regard. But the government knows that it cannot go ahead without taking the Tunisian General Labor Union (UGTT) into account, despite winning over the Central Bank, which will play an important role in financing the new budget.
All the while, protest movements have been on the rise for several months and show no sign of subsiding. It seems Tunisia is still far from reaching safe shores. The coming weeks will be heated and full of events and surprises.