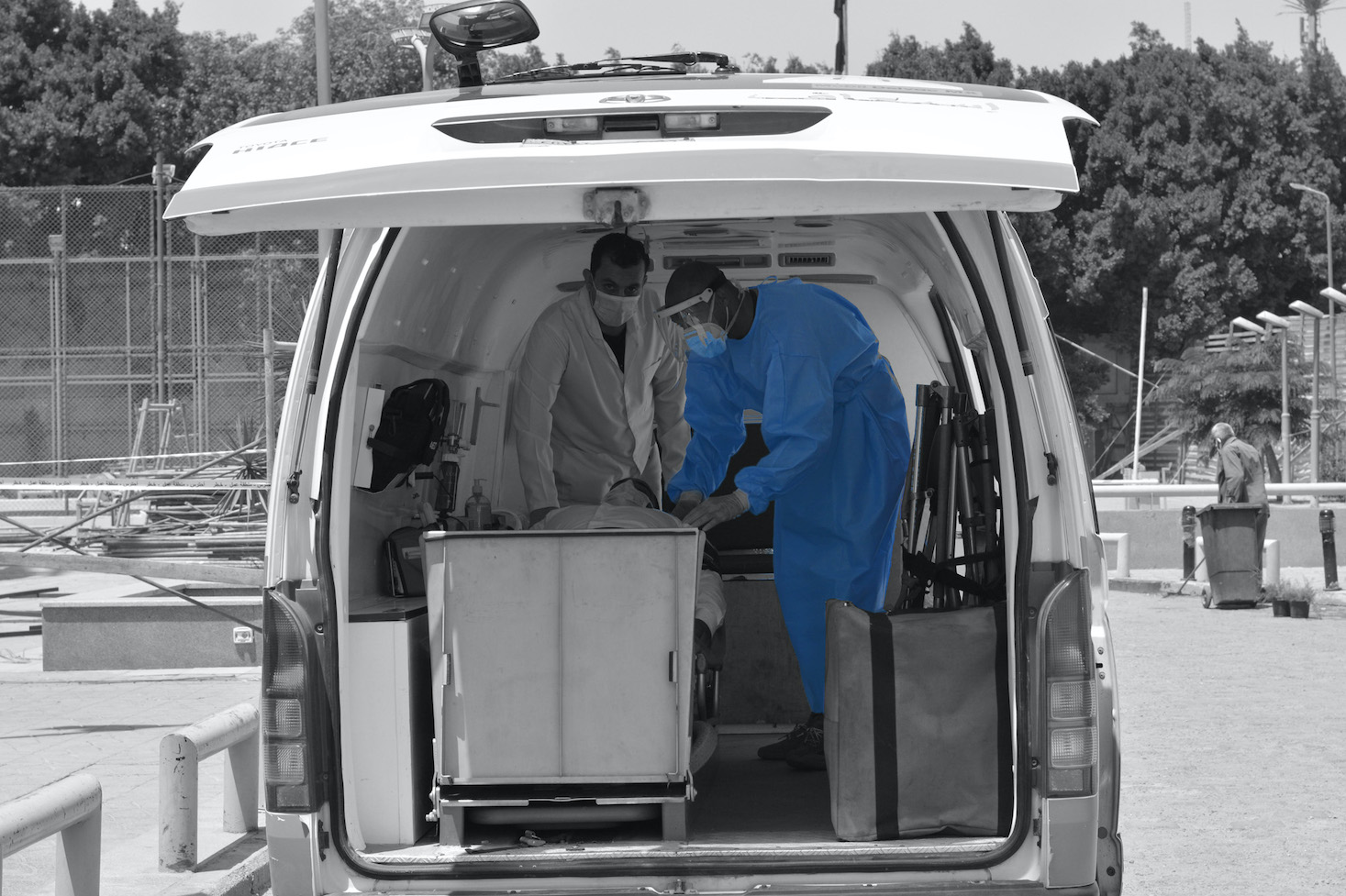 The Private Health Sector and the COVID-19 Crisis - Ahmed Azab

The Private Health Sector and the COVID-19 Crisis - Ahmed Azab

The COVID-19 pandemic presents an unprecedented challenge to the Egyptian healthcare system, especially with the surge in cases over the many COVID-19 waves. As the Ministry of Health began preparing to confront COVID-19, it identified governmental isolation and chest hospitals to screen suspected cases, later referring those confirmed to isolation centers.

Over time, and with the rise in cases, the Ministry of Health added the remaining general hospitals for triage along with the governmental isolation and chest hospitals. A the beginning of the pandemic, a period of dominating uncertainty, some private sector hospitals refused to receive suspected cases. Then it was agreed to refer confirmed COVID-19 cases to isolation centers in government hospitals.

This article aims to prove that public (governmental) hospitals were the first and primary responders for millions of citizens in Egypt during a health crisis the size of Covid-19. It also proves that the private health sector was part of the crisis during the pandemic, despite high revenues from citizens' health expenditures.

The following table shows the increase in private hospitals during the same period.

According to the 2004 Egyptian constitution, the state must allocate at least 3% of the GDP to health expenditures. Despite having a health challenge the size of the pandemic in 2021, health was ranked fifth in government spending priorities and did not exceed 1.5% of GDP.

The following graph shows the downward trend of the government's health expenditures, which sometimes fall under a broader definition of general expenditures. The calculations are not limited to the Ministry of Health's budget, although it is less than the constitutional percentage. The government calculates all the expenditures of general government agencies, such as the Ministries of the Interior or Petroleum and public service and economic bodies. In addition, it includes drinking water and sanitation provisions to reach the constitutional 3%.

The Private Sector Gets the Largest Share of the Funds

The private sector receives the largest share of health expenditures. WHO data shows that private spending represents about 71% of the current health expenditure in Egypt, according to estimates in 2018, compared to 29% of government spending on the health sector.

The share of the private sector in financing current health expenditure in Egypt is higher than the global average spending, about 41%, and several other lower-middle-income countries.

Egypt also records one of the highest direct individual contributions (out-of-pocket spending) as part of the current health expenditure. It reached 62% in 2018, nearly double the global average.

Despite this large share of the money paid by citizens to the private sector, it was part of the crisis when the health system faced a challenge of COVID-19's magnitude. For example, a conflict occurred between the Ministry of Health and the private sector over the cost of receiving referred COVID-19 cases. The state tried to impose a rate for private-sector services at a maximum of 10 thousand pounds per night in intensive care. However, the proposal was rejected by private sector hospital owners, who threatened to refuse to receive cases altogether.

Many have criticized the private sector's behavior in the crisis, raising prices above the capacity of the large majority of citizens. This behavior can be explained as a consequence of long decades of absence of private medical sector regulations and the decline in government health expenditure, which is taking a regressive trend.

Health expenditures by Egyptian families rank third after food/drink and housing. According to CAPMAS data, they represent 10.4% of household expenditures, and more than half of those expenses go to medications, medical products, and devices.

In conclusion, the severe, unregulated expansion of the private health sector might harm the state's ability to negotiate service pricing. However, during the COVID-19 health crisis, the public sector was the first respondent for citizens. The expansion of government investments through establishing and improving hospitals, increasing healthcare salaries, and raising spending on health are some lessons that must be learned from the pandemic. They will help give the state bargaining power if the private sector is needed.