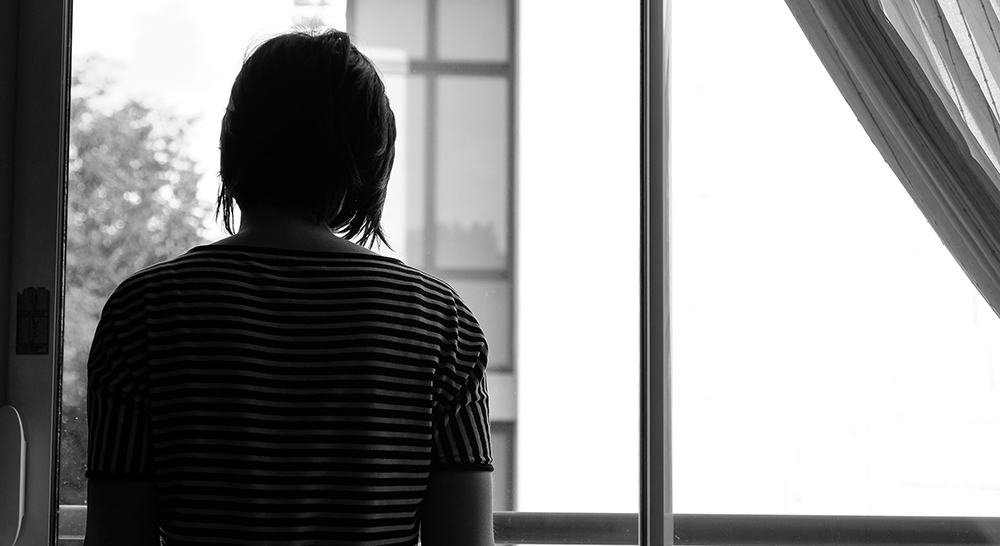 The Pandemic's Cost on Women

In times of political conflict, occupation, major economic crises, and epidemics, the poorest and most marginalized, including women and especially refugees and migrants, are exposed to multiple forms of violence and discrimination. In the past two years, the Covid-19 pandemic revealed the fragility and sometimes absence of social protection and led to the collapse of health systems worldwide. The global aspect of the crisis meant that many women have become scapegoats, sacrificed, and thrown into the ocean until the storm ends!!

The Covid-19 pandemic exposed gender inequalities. Closure and lockdown policies led to increased rates of domestic violence against women and the re-establishment of stereotyped images of their roles within the family, which the United Nations Women described as a "shadow pandemic." Monitoring domestic violence cases at the beginning of the quarantine had been difficult. However, indicators provided by hotlines and the analysis of digital opinion polls conducted at the time provided a measure of the high frequency of violence. In addition, several interviews were conducted after easing the measures.

"My husband does not usually stay at home. But after the cafes closed and the curfews, he became very violent and fought with the children and me. I bore a lot of abuse as if I was responsible for the spread of the virus!!"

In Lebanon, for example, reported domestic violence cases against women in March 2020 increased by 100% compared to the same period in the previous year.   A survey of Egyptian women in April 2020 confirmed that 11% had been subjected to violence at the hands of their husbands and that family problems had increased by 33%.  In Tunisia, the number of reports of cases of violence against women was about five times the average during the first week of quarantine. It reached seven times in the third week.  Women have been confined to their homes with abusive partners and are forced to remain within a closed circle. However, protecting women from violence during crises remains at the bottom of the list of priorities.

The rise in rates of domestic violence against women during the quarantine was accompanied by an unprecedented increase in unpaid care work by women. In addition to the regular daily chores, they had to fill the gaps resulting from closing schools and nurseries and the health systems overwhelmed by the pandemic without any support. They found themselves responsible for following up on their children's education from home as education systems shifted to digital distance learning. They had to care for sick relatives and deal with problems related to shopping and home supplies, including sterilization and prevention supplies. Furthermore, some women were engaged in paid work from home, in line with the new situation.

"My children did not understand the idea of remote work. At the beginning of the lockdown, I was finding it very difficult to separate between home chores and working from home."

Countries applied preventive measures according to their situation. Some governments have implemented flexible work systems such as work from home and reciprocal workdays. Some exceptions were made for working mothers to take care of their children. In March 2020, Egypt's Council of Ministers decreed that working mothers with children under 12 years could obtain exceptional paid leave. Although the decision was apparently aimed at supporting families during the closures, it contributed more to the consolidation of stereotypical and traditional roles for women as caregivers and men as breadwinners.

The above procedures opened a new door to discrimination between women and men. Governments could not implement exceptional decisions on women working in the health sector due to poor conditions and the lack of medical staff. As a result, women were put on the epidemic's front lines, and hundreds were infected or died. Furthermore, private sector industrial establishments have refused to take preventive measures, including flexible work patterns or exceptional leave for working mothers. The weak digital skills of some women and the lack of appropriate means of Internet communication were obstacles to women working from home. As a result, some were forced to quit their jobs and lose their income.

"The factory owner only cares about production and profit. When I fell ill, he allowed me to take a one-week unpaid vacation. Then I had to come back to work. Everyone avoided me for fear of infection and did not have a choice to keep my job."

A study by the Arab Labor Organization indicated that the second-highest decline in the number of working women during the pandemic was in the Arab countries, where women's employment decreased by 4.1% compared to only 1.8% for men between 2019 and 2020, after the Americas, which witnessed the largest decline in women's employment as a result of the pandemic. In the unorganized sector, 76% of women lost their income compared to 65% of men, and 95% of women small and micro-entrepreneurs had their work affected by the pandemic.

Women working in the care and service sectors have been disproportionately affected by the pandemic due to their increased representation in these sectors, such as in food services and manufacturing, babysitting and elderly care, education and kindergartens, domestic work, beauty salons, and tourism and air hospitality. However, global indicators showed that women's conditions in the labor market will not improve or go back to their original state. Only 43% of working-age women will be employed in the world in 2021, compared to 69% of their male counterparts.

The Decline in Women's Healthcare

In this context, a serious decline occurred in women's health services in general and sexual and reproductive health in particular. With the high infection rates, almost all public hospitals were converted to emergency and quarantine hospitals. In addition, most medical specialties were transferred to deal with Covid-19 infections, including obstetrics, gynecology, and family planning. It led to a severe shortage of medical staff working in those specialties.

The greatest reliance was on primary care units, which lack the basic capacity and trained medical staff to provide women's healthcare services. As a result, many women were forced to resort to hormonal contraceptives (injections, tablets) as an alternative to other means that need a doctor. However, this also did not prevent many unplanned pregnancies due to the difficulty of accessing family planning services.

In addition, caution and fear of crowding in healthcare settings during the pandemic prevented many women from seeking medical services, which will have far-reaching implications due to ignoring many health complaints and medical conditions where a doctor was not available on time. In light of this complex situation, pregnant and lactating women were confused about getting the vaccine or not.

Finding Opportunity in the Crisis

Without a doubt, the Covid-19 crisis is not the first of its kind and will not be the last. To overcome the situation and avoid repeating the same tragedies, governments must immediately return to the goals and objectives of the sustainable development agenda. They must adopt recovery measures for women and pave the way towards recognizing, reducing, and redistributing unpaid care work within the family. In addition, policies on social protection and protection from violence must be developed, along with the necessary funding to cover budgets in the sectors of education, scientific research, and health, in particular sexual and reproductive health services, to ensure women's right to empowerment and equality.