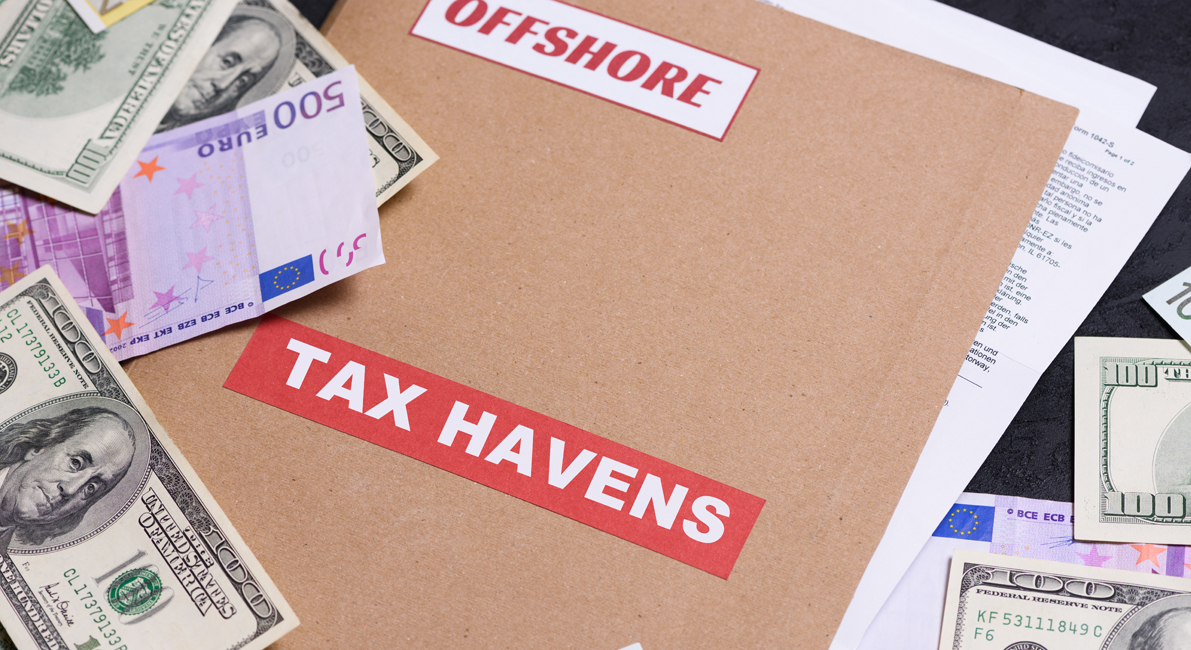 Pandora Papers leak is a prompt call for tax reforms

Pandora Papers leak is a prompt call for tax reforms

The leakage of Pandora Papers provides extra evidence on the poor public governance and the ineffective tax system in many underdeveloped countries around the world including Arab Countries. The leaked records reveal that many of the power players who could help bring an end to the offshore system instead benefit from it. They stash assets in covert companies and trusts while their governments do little to slow a global stream of illicit money that enriches criminals and impoverishes nations. At least $11.3 trillion is held “offshore,” according to a 2020 study by the Paris-based Organization for Economic Cooperation and Development. Because of the complexity and secrecy of the offshore system, it’s not possible to know how much of that wealth is tied to tax evasion and other crimes and how much of it involves funds that come from legitimate sources and are reported to proper authorities.

In most countries, it’s not illegal to have assets offshore but the developmental implications are detrimental:

• These offshore affairs often amount to shifting profits from high-tax countries, where they are earned, to companies that exist only on paper in low-tax jurisdictions.

• Using offshore shelters is especially controversial for political figures, because they can be used to keep politically unpopular or even illicit activities from public view.

Around 10% of the politicians in the Pandora Papers come from Arab countries including 11 from UAE, 6 from Lebanon, 5 from KSA, 4 from Jordan and 3 from each of Morocco and Qatar. Interestingly, at least 346 files in the Pandora Papers concerned Lebanese bankers, businessmen and politicians registered in tax havens , while the country continues to face a dire economic, social and humanitarian crisis.

The high level of economic and social inequality is one of the key challenges in most of Arab countries, and this is due to the neoliberal socioeconomic policies that have accompanied the transformation to free market model since the mid nineties. These Neoliberal policies have overlooked the fact that the private sector, which has undertaken developmental tasks, needed stability, the rule of law and an integrated legislative and institutional system that is not available in Arab countries. Moreover, these liberal policies have led to the restructuring of the economies of these countries towards the prevalence of fast-paced, low-risk, and revenue-based service and commercial sectors at the expense of productive, sustainable and added value sectors.

Therefore, the growth in some Arab countries benefited only the elite instead of the grassroots, which widened the gap between the rich and the poor in the region over the years. In fact, the increase in disparity, inequality, marginalization and social exclusion in the Arab region has hindered development, and created health and education deficiencies.  The challenge of realizing social justice is based on justice in rights and justice in duties. Justice in rights is related to the equitable distribution of the State's income through public expenditure, giving priority to improving the situation of marginalized groups and regions and achieving development for all and promote productive economy. Justice in duties is realized through the commitment of all natural and legal persons to pay their fair taxes and fair fees which  provide adequate financial resources to the State to meet the needs of the society. Social justice is realized only through the progressive and differential tax in which members of the society contribute to financing the development of the country according to their individual potential and capacity. In the contrary, in the Arab region waged workers bear the bulk of the tax burden, while those with high incomes, wealthy people, owners of lucrative projects and corrupt power holders evade it to the maximum.

Comprehensive reforms of these systems on the bases of efficiency and equity will make them in line with the desired economic and social justice requirements. The effects of the tax policy and its appropriateness to social justice have been discussed only recently in the papers covering the Arab region (read more). There are, however, sufficient reasons and observations to support the hypothesis that the tax policies in most Arab countries do neither respond to social justice nor to gender factors; they rather produce social and gender inequalities.

Tax revenues are generated from direct taxes (the taxes on income and property), and indirect taxes (the value added tax or sales tax, purchase tax and customs duties). The share of each source in the total tax revenues varies from one country to another depending on the nature of the applicable tax system and the different structure of GDP. When most tax revenues is generated from indirect taxes rather than direct taxes there will be an imbalance in the tax structure. Indirect taxes, especially VAT, are imposed on the final consumption of goods and services without discrimination between rich and poor, and without distinction between luxury and basic goods and services. Therefore, such taxes ignore the principle of economic and social justice among the different segments of the society.

As for the income tax, the principle of progressive taxation should be adopted in Arab countries, because it generates higher tax returns and ensures better level of social justice. On the other hand, investment is stimulated through the investment promotion law, which includes tax exemptions for several renewable years.

While we have been calling for more justice in the tax system, the Pandora papers re-emphasize the need for reforming the transparency and accountability practices in Arab countries as part of the moving towards more democratization of political regimes, and reforming the tax system towards more socioeconomic justice and equity. This can link to a global effort in restructuring the global tax system to prioritize tackling inequality, ensuring social justice and guaranteeing people’s human rights. Which necessitates more democratic and inclusive governance of the global tax system.