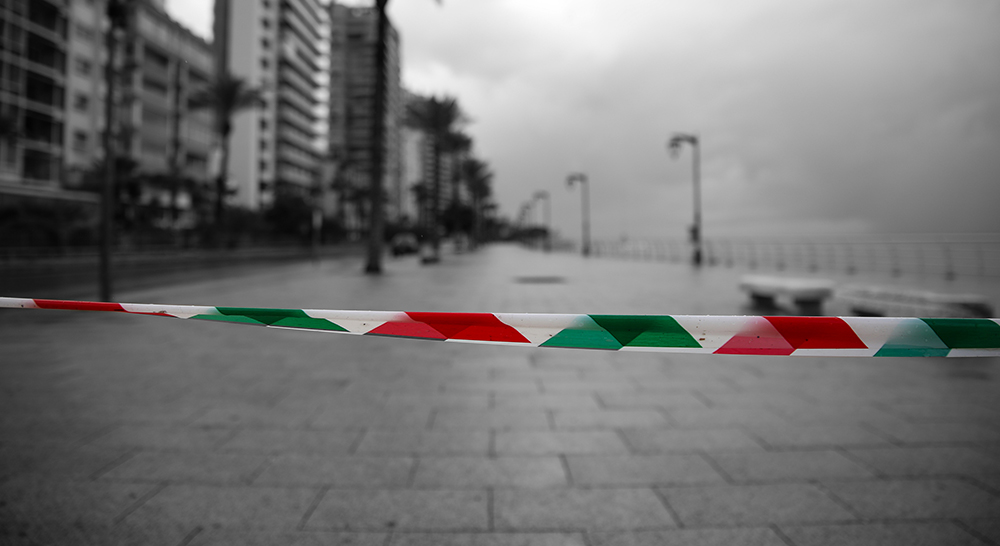 Freedoms in the Arab Region: Between Covid-19 and the Realities of Transition

Freedoms in the Arab Region: Between Covid-19 and the Realities of Transition - May Makki

As the world is preoccupied with developments related to COVID-19, its "variants," and economic repercussions, the pandemic's long-term impact on human rights is being neglected. Up to the date of writing this article and at the international level, in particular, debates that receive the greatest deal of attention are related to public closures, restrictions on freedoms, and vaccination, rather than those related to civic space and the long-term impact of the pandemic. Thus, critical human rights debates are subdued, especially those most relevant to the shrinking civic space in the region.

The Arab world continues to witness regression in the human rights situation, especially after the first wave of the Arab Spring receded in the face of a counter-attack from the regimes it tried to overthrow. Today, this decline can only be read in the context of the social, political, and economic transformations that the Arab region is going through, which the pandemic has further complicated. The second wave of the Arab Spring, which brought back peoples' dreams of democracy and justice, is also beginning to witness resistance from various pillars of the deep state, which rejects any change. This article seeks to clarify the reality of violations and restrictions on civil society in the Arab region within the framework of the recent social movements and then presents the various trends imposed by the pandemic.

It has become clear that the social movements that emerged in the Arab world since 2018, such as those in Sudan, Algeria, Iraq, and Lebanon, are now suffering from stagnation in light of deepening social and economic crises. Although the Arab world uprisings continue on open-ended paths that have not yet been concluded, several specific trends and common elements between these paths can be observed.

The popular protests that shook the Arab regimes revealed elements of the deep state that controls decision-making. It became the first line of defense, playing a fiercer and more visible role than ever before against the winds of change. Today, countries such as Algeria and Sudan are witnessing the return of the military to the fore, in repeated attempts to convert them into direct military regimes, a scenario similar to that of Egypt after the January [2011] revolution.

More recently, Sudan saw a military coup against the achievements of the revolution, the democratic process, and the constitutional document that would essentially hand over power to civilians in 2023. The developments came at the expense of the great sacrifices made by the Sudanese people. They continued the approach of violating human rights. So far, 41 martyrs have fallen in the demonstrations rejecting unilateral military rule.  Sudan appears to be on the cusp of a fateful period, as the Sudanese people and resistance committees are still working to organize protests rejecting the military's domination amid the international community's condemnation of the coup.

In Algeria, where the movement also achieved partial gains, the military has been trying to regain power by suppressing activists and attacking their groups. The cosmetic changes it undertook did not affect the essence of the regime, such as the sham elections and appointing Tebboune as president of the republic. Moreover, the Covid-19 pandemic and the closures have greatly affected the sustainability of demonstrations in Algeria. Although they returned to the streets after the measures were eased, they had lost their momentum. The authorities took advantage of the quarantine measures to carry out a massive arrest campaign against the movement's activists. Today, it is again seeking to prosecute and dissolve the Young Raj Association, which played a major role in organizing youth during the movement, clearly violating the right to establish associations and express opinion.

On the other hand, sectarian groups in Lebanon and Iraq weakened the movement, launched attacks against its activists, and impeded reform attempts in both countries in general. In Lebanon, sectarian groups inside and outside the capital launched various attacks on demonstrators, sometimes targeting specific activists, in an attempt to silence the protests. Today, the authorities utilize all methods to obscure evidence and responsibility regarding the port explosion, the issue of most concern in the country, which has become a point of conflict between the people and the whole regime.

The situation in Iraq, on the other hand, was more violent. Demonstrations faced live bullets, sniping, and a series of assassinations or assassination attempts. At the same time, sectarian groups enjoyed an atmosphere of impunity. Al-Kazemi's government has failed to prosecute those responsible for these crimes and exact revenge for the blood of the martyrs. Today, after the Iraqi elections, the country is about to plunge back into the abyss. The low participation rate reflects a complete loss of confidence in the ruling political class and democratic channels and institutions. On the other hand, questioning the outcome of the elections by some parties promises to threaten the stability and the rule of law.

The pandemic has further complicated these processes and perpetuated the restriction of civic space in various parts of the Arab world. The state was given the legitimacy to break up the sit-ins and bring forth a state of emergency, which means placing human rights among the least urgent priorities. It also had the opportunity to restrict freedom of movement and expression, as clearly reflected in the legal and legislative developments in various Arab countries.

In Algeria, the constitutional amendment and the amendment of the Penal Code increased restrictions imposed on opposition political action. Laws and decrees were issued related to limiting the dissemination of fake news, resulting in journalists or medical workers being arrested in Jordan or under the information manipulation law in Mauritania. Similar cases were recorded in Egypt, Tunisia, and the Gulf states. In countries such as Egypt, the state of emergency and pretrial detention have been extended as measures to control the epidemic. Of course, the dispersal of sit-ins and the termination of protests directly resulted from the epidemic, which reinforced the lack of accountability.

These tracks are not born today. They are mainly an expression of the deep state and the nature of political systems in the Arab region and a direct result. Therefore, it is also the result of accumulated historical paths that are difficult to simply deconstruct. The Arab peoples, despite the possibilities of chaos and emptiness and despite the tax they paid after the first wave of the Arab Spring, still find themselves forced every day to choose the uprising in the face of all the violations that affect them and in the face of countries that are unable to provide the lowest standards of decent living. The choice of the Sudanese people today to resist and reject the military is a reminder that the uprisings are still alive and that it is too early today to pass judgment on democracy in the region.