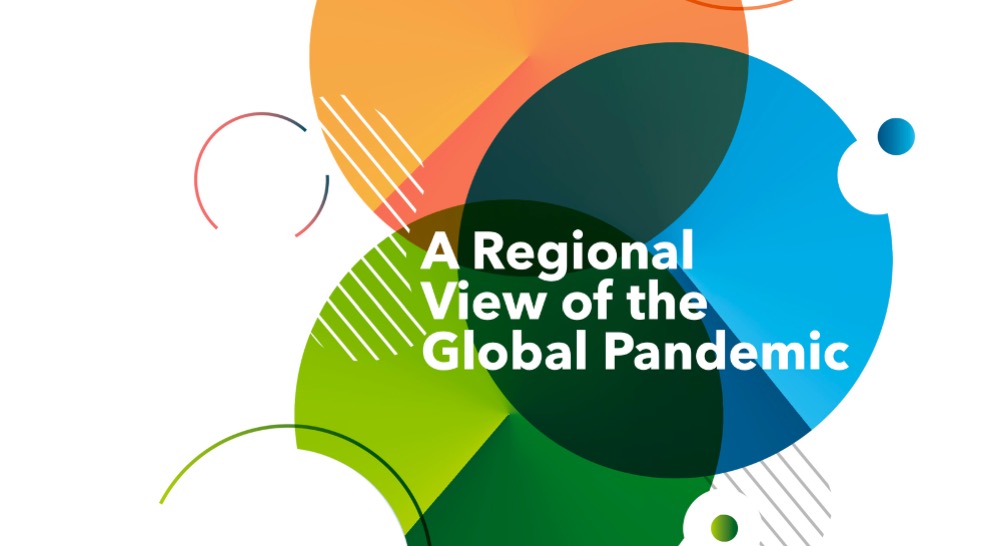 A Regional View of the Global Pandemic - Gihan Abou Zeid

A Regional View of the Global Pandemic - Gihan Abou Zeid

As soon as she set foot in the area, her heart started pounding like a drum. The door opened slowly, and the lady behind it apologized and told her she would call her as soon as the pandemic was over. The forty-year-old woman did not understand what pandemic she was talking about. The streets were crowded with people and traffic was as usual. What was she talking about?!

When Nawal came back to her home in Imbaba, Giza  (one of the slum areas in Giza/Egypt), her husband was also shocked by the owner of the company he worked for as a driver. He asked him to leave and stay home until things changed, but they never did. In fact, things became worse when their neighbor was arrested for posting angry statements and insults on Facebook, condemning the government’s negligence of the poor who would definitely die of hunger because of the so-called “Coronavirus”. The situation of the residents of this old narrow Egyptian street is that of the majority of populations in Arab and non-Arab countries affected by the pandemic, leaving them either in the darkness of poverty or that of a prison cell.

The pandemic affected all aspects of life, destroying the livelihoods of the poor and slowing down humanitarian support. The lockdown killed any glimpse of hope left, and depression spread almost as fast as the disease, leaving many at the mercy of an official or a political leader announcing a reopening of their country.

With the continued imposition of firm restrictions on work and mobility as part of the response to the COVID-19 pandemic, workers in many countries are subject to violations of their most basic rights. In fact, the ILO stated that the crisis had left millions unemployed around the world, especially in countries of high and intermediate vulnerability. The pandemic and health responses thereto led to the biggest and fastest drop in international flows in modern history.

The pandemic also put all sectors under the microscope, more specifically health sectors. The repercussions and human cost of the pandemic enhanced the fragility of existing healthcare systems. Decades of privatization contracts and austerity measures led to a significant shortage in healthcare investment, and the Coronavirus outbreak came to unveil the inability of many healthcare systems to manage the crisis. The lack of medical cadres limited the ability of health structures to contain the pandemic and save more lives. Hospital beds were full, and need for more intensive care units, respiratory devices and qualified cadres emerged. In some countries, doctors had to choose which lives they would try to save, families had to pass treatment options that were too costly, and many lives that could have been saved were lost.

This report reviews the situation in the Arab region in light of the COVID-19 pandemic, shedding light on policies adopted by Arab countries in their response to the pandemic, and potential discrimination and exclusion of certain social segments resulting therefrom. The report also tackles the socio-economic repercussions of the pandemic, and examines the health and economic structures of the region which impeded more supportive and equitable measures.

The report starts by highlighting the different aspects of inequality in Arab countries across several areas, then identifies the repercussions of the COVID-19 pandemic on Arab countries and the resulting damage to already vulnerable economic structures, as well as the newly emerged social practices which could have long-term negative impact, including remote learning and its educational and humanitarian risks which could lead to increased drop-offs, and therefore increased cases of child labor. The report then moves on to discuss violent practices heightened during the pandemic, reaching alarming levels. We will also identify the policies adopted by Arab countries in response to the pandemic, with a focus on six Arab countries: Lebanon, Egypt, Morocco, Tunisia, Palestine and Iraq.

In order to identify the most affected social segments, the report sheds light on the most marginalized communities which faced multiplied challenges during the pandemic, followed by a stop on the human rights situation in Arab countries amid the crisis, providing a close look at how Arab governments tightened their security grip during this period. The report finally presents some international efforts which unveiled opportunism in globalization which left the most vulnerable countries without real support, and concludes with a number of recommendations and opportunities brought by the pandemic.

• The Coronavirus invaded an already deeply unequal world, further aggravating this inequality. The fact that anyone can be infected by the Coronavirus is the only aspect of equality there is. Poor populations are the least capable of self-isolation and protection. From an economic point of view, ordinary people are the tens of millions losing their jobs, and are left to face alarming levels of hunger and suffering. In parallel, those sitting at the top of the wealth pyramid have enough savings to protect themselves, and often have secure jobs. Female workers in the informal economy, which make up the majority of the healthcare workforce, are the most affected by the pandemic. In many countries black populations and racial minorities are more likely to die from the Coronavirus than white populations.

• The current pandemic unveiled a set of challenges facing the Arab region, namely the lack of health security, weak basic infrastructure, low resilience against epidemics, and weak early warning systems. The measures taken in response to the pandemic, including the suspension of economic and social activities and events also led to an increase in social instability. The current health crisis in regional countries uncovered long-standing weaknesses in the healthcare infrastructure and social safety net.

• The health situation in the Arab region is affected by the social and political situation of each country. Social and economic disparities, political instability, armed conflicts and resource scarcity are all factors pressuring public health.

• The pandemic revealed a chronic issue rooted in Arab countries: social spending. This includes state government spending on health, education, direct subsidies, cash subsidies to families in need, as well as pension spending and social security. Although social spending compared to GDP is high in Arab countries (e.g. Morocco, Tunisia, Egypt, Lebanon and Syria), the returns of this spending are very low, the impact of which the pandemic exacerbated. The inefficiency of the healthcare and education sectors also compromise their impact, not to forget the lack of oversight and widespread corruption.

• The social and economic repercussions of the pandemic affect vulnerable populations the most. This includes the high risks of contagion among those unable to implement social distancing, especially residents of slum areas in cities, institutionalized persons, and those who do not have the luxury of social distancing, such as retailers for example. The response and economic support shall combat the aggravation of existing weaknesses affecting social segments at risk when earning their livelihood.

•  Measures adopted by Arab countries in response to the COVID-19 pandemic were based on six key pillars: strict imposition of quarantine, mobilization of thousands of security cadres to monitor compliance to quarantine, exceptional urgent investment in medical equipment, collaboration between civil and military medical personnel, compulsory face masks in public spaces, and adherence to a treatment protocol using locally produced pharmaceuticals.

• The Coronavirus caused a shock to both supply and demand, and brought unprecedented challenges. On the demand side, and due to global economic disruption linked to the health crisis, countries are witnessing a drop in the prices of basic goods, capital outflow and reduced capital inflow. On the supply side, the COVID-19 crisis caused a disruption in supply chains, potentially leading to a shortage of basic inputs and an increase in the prices of foodstuffs, in addition to a drop in demand and increased financial pressure.

• Arab countries imposed top-down emergency measures in response to the pandemic, with limited to no consultations with parliaments or independent advisory bodies (e.g. national human rights committees, transitional justice institutions, local authorities, and civil society organizations). The pandemic enhanced top-down governance, with certain governments taking advantage of the crisis to secure new powers. In light of insufficient monitoring mechanisms, the pandemic brought active oppression of the opposition, and a stronger grip on state institutions. In brief, Arab states took a security-based approach in dealing with the pandemic.

• The Coronavirus outbreak contributed, at different levels, in shedding light on the negative aspects of globalization, such as accelerated contagion. As a result, countries now tend to reduce mutual reliance or complementarity with each other, in addition to the increase in protectionism and isolation globally.